This is a follow up of my last post, More than 100 Indian Students Stranded in USA due to Aviation School shutdown. 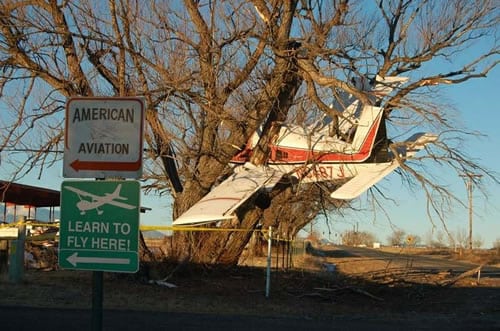 The students, who shelled out about $40,000 each in the hope of finding jobs as pilots in India’s booming civil aviation industry, were evicted from their accommodation yesterday after officials in Merced County — where the school is located — pleaded their inability to continue water and electricity supplies to the building unless the school settled outstanding utility bills. Students, predominantly here on visas from India, learned of the pending action from notices posted on their doors at Castle Commerce Center by Merced County officials Wednesday morning. They immediately reacted with anger and disillusionment. Later in the day, a group of about 40 students formed in the apartment’s hallway, shouting and talking over each other. Officials of the Indian consulate general in San Francisco, who rushed to Merced County in response to pleas from the students, negotiated with local officials who agreed on Thursday to allow the students to stay in their accommodations for 30 more days if they shelled out $7,000 in part payment of outstanding utility bills. The students said they initially agreed to the offer, but later went back on it after a consensus that they saw little point in throwing good money after bad and that it was better to cut their already substantial losses. About 30 of the students have taken up an offer from “Prince” Singh, who runs the school’s day-to-day affairs, to have them enrolled in another flying school in California. They left with Singh for Sacramento yesterday, but the remaining 70-plus Indian students turned down the offer ostensibly because they have no faith in him after their bitter experience with his American School of Aviation. In addition to the Indians, Japanese, Sri Lankans and even American students are in the same boat. “Prince” Singh, whose real name is Manpreet Singh, has been described in the local media as the husband of Reny Kozman, vice-president of the American School of Aviation. Reny Kozman, the vice president of the school, answered my phone call, but declined to respond to questions about the bill and then hung up. ASA also is being sued for $52,000 in unpaid fuel bills and has numerous former students trying to get tuition refunds. Kozman and her husband, Manpreet Singh, have said that they are trying to sell the business to save it from going bankrupt. Efforts to verify Singh’s current nationality or immigration status in the US were unsuccessful. The school’s website displays logos of Air India, Indian, Jet Airways, IndiGo, Spicejet and Kingfisher Airlines, among others, giving the impression that these airlines in India have an association with the American School of Aviation but at the bottom it is cleverly mentioned that “by displaying these registered trademarks and service marks, does not imply any affiliation with these airlines nor implies that graduation from American School of Aviation guarantees employment by these airlines. Past results are not indicative of future performance.”

Each student has a story to tell about coming to American School of Aviation to fulfill their dreams. Each one appears to be ending the same way. The majority of them came to the school from India and paid about $41,000 in tuition to get a commercial pilot certification. Some relied on rich parents, others saved and the rest took out bank loans.