Sweden’s Education Minister Gustav Fridolin has expressed his concern over parents and schools that allow children to go on sun vacations holidays during term time, but said he was not planning to introduce tougher rules to limit the practice 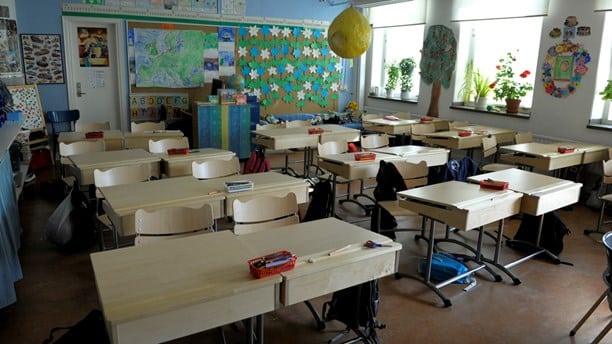 As winter approaches in Sweden, many families are booking winter breaks in warmer climes such as Thailand which has always been the favourite holiday destination for Swedes.
The annual row over parents taking advantage of cheap holidays during term time resurfaced this week, after a principal at a school in northern Sweden wrote a debate article in Swedish newspaper Dagens Nyheter saying that current laws about children taking time out were too vague. Teachers Union president Eva-Lis Siren says in a written comment debate article that the starting point must be that students should be in school.“We feel that most parents understand how important it is that students participate in teaching. The falling pupil results we see, the obvious starting point would be that students should be in school. The situation of teachers becomes impossible if they have to piece together the teaching based on the students are gone at various times during the semester. It goes out over all the students, “she writes.
Expensive trips and poor knowledge of school law makes many parents take children out of school to go on holiday. In some cases, students are forced violating the compulsory school attendance. “There are parents who do not accept no for an answer,” said Ulrica Celec at the National Association Home and School
Victoria Björklund who works at Kråkberg school in Luleå said that the Education Act was not strict enough and created “diverse practices” between different schools.
The act suggests that children should not take time off when they are supposed to be in class, but gives schools the right to make exceptions in certain cases.
Björklund argues that missing a week of lessons during term time every year can have a highly negative impact on students, regardless of their academic abilities.
Sweden has recently tumbled in global rankings measuring school results and both the new coalition and opposition parties say that improving grades needs to be a key priority in the country.
However many parents in Sweden say that going abroad is too expensive during school holidays, and argue that travel benefits their children by exposing them to new countries and different cultures.
Sweden’s Education Minister Gustav Fridolin, who also shares leadership of the Green party wth Åsa Romson, joined the debate on Wednesday, saying he had “difficulty understanding” parents who booked mid-term breaks to places like Thailand during Sweden’s cold winter.
But he insisted that the current law was “crystal clear” and said he had no plans to change it.
“If we start an investigation into changing the law, we will send a signals to principals that the law is unclear. That would make it even harder for them to make decisions while the investigation is ongoing,” he told Dagens Nyheter.
He encouraged school principals to take a stand and to have more courage to say no to parents who asked for their children to take time off.
The Education Minister argued that there was an “attitude problem” in Sweden, with some parents failing to appreciate the value of education.
“The major issue lies with the parents, who have to get better at showing their children that it is important,” he said.