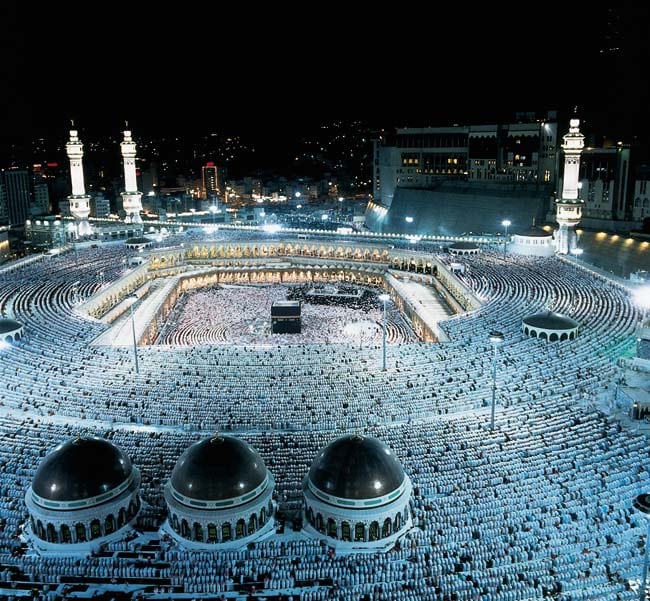 JEDDAH – Haj arrangements for Indian pilgrims this year are marked by a number of new services and facilities and an increase in the number of pilgrims, according to Consulate General of India, Sayeed Ahmed Baba.
“With the help of the moassassas (tawafah establishments) we have been able to accommodate all our pilgrims coming through the Haj Committee of India within the traditional boundaries of Mina,” Baba told a press conference at the consulate general of India here on Sunday.
A record number of 168,000 pilgrims would perform Haj this year, he said adding that special measures have been taken to avoid overcrowding and to make the Haj smooth, safe and sound for the pilgrims.
Last year, the total number of pilgrims from India was 1,57,000.
Baba said some of the new services and facilities include 30 percent outsourcing of buildings maintenance to the moassassas to see which organization can serve the pilgrims better. Till last year, the building owners were responsible for maintenance.
He said he was happy to note that Aziziyah, which was opened for pilgrim accommodation in 2006 and was not popular, has been voluntarily preferred by 25,000 pilgrims this year. “It is their choice,” he said and added that still a majority prefer to stay within a kilometer of the Haram in Makkah, even though it costs more. A total of 51,171 Indian pilgrims will stay in the vicinity of Haram, followed by 31,422 in Aziziyah. He said that Hai Al-Hijra is a new area where 12,876 pilgrims will stay. As for other areas, 9,522 will have accommodation in Dawar Kudai, 9, 426 in Shisha and 460 in Nuzha.
About 500 buildings have been hired to accommodate all the pilgrims coming through the Haj Committee,” Baba said.
Transport arrangements have been made for 54,500 pilgrims to help them go to Haram and return every day. Buses of Saptco, Hafil, Al Jazira would be used. A large number of volunteers and seasonal staff of consulate would man different bus stops.
The first flight of Haj pilgrims would reach from Hyderabad on Oct. 30 carrying 300 pilgrims by Saudi Arabian Airlines at Prince Muhammad Bin Abdul Aziz International Airport, Madina. The first flight at Jeddah’s King Abdul Aziz International Airport will also land on the same day carrying 200 passengers from Srinagar by Air-India.
A total number of 391 aircraft would be pressed into service. Saudia would carry 60,000 pilgrims whereas 63,211 would be carried by Air-India.
On an average 12 aircraft daily would be carrying about 3,600 pilgrims per day till Dec. 2 from 17 different embarkation points in India – Ahmedabad, Aurrangabad, Bangalore, Bhopal, Chennai, Delhi, Guwahati, Hyderabad, Indore, Jaipur, Kolkatta, Kozikodi, Lucknow, Mumbai, Nagpur, Srinagar, and Varanasi.
To assist the consulate in Haj arrangements, the Government of India is deputing five senior officers as coordinators, 135 doctors, 146 paramedics, 51 assistant Haj officers and 171 Haj assistants.