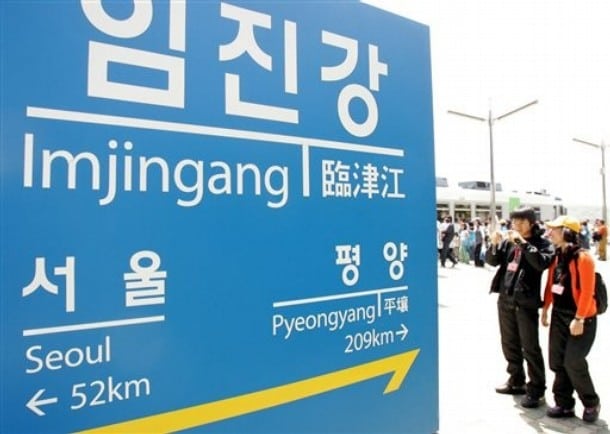 Seoul has condemned the killing of a South Korean tourist by a North Korean soldier, saying it cannot be justified, and demanding access to investigate the tragedy.

Pyongyang has expressed regret but refused to apologise over the death of the 53-year-old woman, who was shot twice after straying into a military zone during a dawn beach stroll at a North Korean resort.

“Whatever the reason may be, it cannot be justified,” the South Korean government said Sunday, urging the North to cooperate with an investigation after Pyongyang refused access to the scene of the shooting.

“It is the position of our government and people that the reason and truth should be thoroughly revealed because this is a grave issue concerning the life and safety of an innocent civilian,” Seoul said in a statement.

“We urge North Korea to take responsible steps so that such an incident should not repeated.”

South Korea has suspended tours to the scenic east coast resort of Mount Kumgang, opened in 1998 as a symbol of reconciliation, and the tragedy has heightened tensions between the two neighbours. 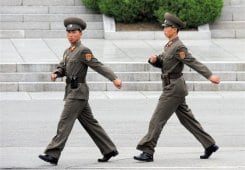 The North described the suspension of tours, which have earned it millions of dollars over the years, as an “intolerable insult” and said it would refuse to accept South Korean tourists until it received an apology.

The North said the tourist had gone “beyond the clearly marked boundary fence” and intruded deep into the military-controlled area.

It said she fled when challenged and did not stop even when the soldier discharged warning shots, forcing him to open fire.

There is lot of Controversy also going on over the exact time of killing. According to the witnesses, South Korean tourist was shot at a North Korean resort at 5:20 a.m., not 4:50 a.m., as North Korea had claimed earlier.

“I heard the gunshots when I came out of Haegeumgang Hotel and went to the beachside for a walk,” Yonhap News quoted the witness identified only as Lee as saying.

Park Wang-ja, a 53-year-old South Korean female, was shot dead early Friday by an unidentified number of North Korean soldiers during her visit to the Mt. Geumgang resort on the east coast of North Korea. She had been taking a pre-dawn stroll on a beach near the resort before she was shot.

Lee was on a separate organized tour of Mt. Geumgang with Park, as Park stayed at a different hotel, called Beach Hotel. The distance between the two hotels is a 10-minute walk, Yonhap reported quoting South Korean authorities.

North Korea claimed that the woman crossed deep into a fenced-off military area, but fled toward her hotel when the soldier ordered her to halt. The communist country said she was killed at 4:50 a.m.

Another witness, Lee In-bok, said last week he heard two gunshots and a scream five to 10 minutes after seeing a middle-aged woman dressed in black strolling along the beach early Friday.