“Before we take off, I would like to apologize on behalf of this and every airline for the hassle you just endured at the security checkpoint. As is patently obvious to any reasonable person, the humiliating shoe removals, liquids ban, and pointy-object confiscations do little to make us safer….”

Pilot Patrick Smith explains why the airline industry is on overload. 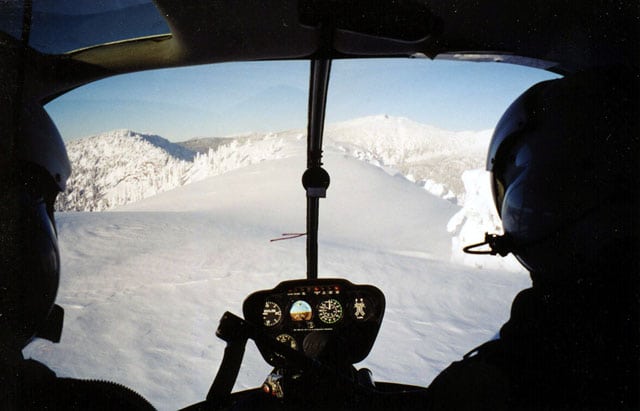 Welcome aboard. Our flying time this afternoon, not counting ground delays and holding patterns, will be two hours and thirty minutes.

Before we take off, I would like to apologize on behalf of this and every airline for the hassle you just endured at the security checkpoint. As is patently obvious to any reasonable person, the humiliating shoe removals, liquids ban, and pointy-object confiscations do little to make us safer.
Unfortunately, the government insists that security theater, and not actual security, is in the nation’s best interest. If it makes you feel any better, our crew had to endure the same screening as the passengers. Never mind that the baggage loaders, cleaners, caterers, and refuelers receive only occasional random screening. You can rest easy knowing that I do not have a pair of scissors or an oversize shampoo bottle anywhere in my carry-on luggage.

Okay, well, as expected, we’ve received word of a ground stop. Our new estimated departure time is 90 minutes from now, subject to change arbitrarily, without warning.

And while we’re waiting, let me explain that these sorts of delays (and it’s not your imagination — late arrivals and departures have doubled since 1995) result not only from our antiquated air traffic control system but also from too many planes flying into and out of overcrowded airports. Passengers demand frequency-you want lots of flights flying to lots of cities. But this can be self-defeating, because many of these flights will be late — in some cases, very late. At airports near major cities like New York and Washington, D.C., the proliferation of small jets has added to the congestion. They make up nearly 50 percent of planes at some of our busiest airports yet carry only a fraction of overall passengers. This inefficient use of air and ground space is one reason we will be sitting here for the next hour and a half.

Once we’re airborne, flight attendants will be coming around with food and beverages for sale. I know many of you are irritated that an in-flight meal now costs $7 — on top of the $25 you just paid for an extra checked bag. Unfortunately, with oil prices skyrocketing and jets requiring as much fuel as ever (a coast-to-coast flight takes 8,000 gallons), it’s impossible for us to provide luxurious service and rock-bottom fares at the same time. We know that most of you are miserable and that you long ago learned to despise every aspect of air travel. But try, if you can, not to take your frustrations out on other passengers or the crew. The overall surly vibe is unpleasant for us too. And ridiculous as this might sound, look on the bright side.

Yes, there is a bright side: more choices and surprisingly reasonable fares. Domestically, you can now fly between almost any two airports in the country with, at worst, a single stopover. Internationally, transoceanic routes have fragmented, allowing people to fly direct from smaller hubs in the United States to points in Europe, Asia, Latin America, and elsewhere. Nobody enjoys holding patterns or sitting on a tarmac, but in earlier days, the overall journey would have taken longer-and cost more.

It’s true that fares have risen sharply of late, but if they seem especially pricey, that’s partly because they remained so cheap for so long, with many carriers selling tickets below cost. Fares in 2006 were averaging 12 percent lower than in 2000, despite a 150 percent rise in jet-fuel costs.

Current fares cost about what they did in the 1980s. And let’s not forget that flying is much safer than it was in the past. Globally, there are twice as many planes carrying twice as many people as there were a quarter century ago. Although the raw total of crashes has risen, accidents are way down as a percentage of total flights.

I am well aware that airlines have become pariahs of the postindustrial economy. But it’s rarely acknowledged that despite recurrent fiscal crises, major staffing and technology problems, and constant criticism from the public, our carriers have managed to maintain a mostly reliable, affordable, and safe transportation system.

Hang in there, and our crew will let you know if and when our plane might actually take off. In the meantime, those $7 sandwiches are actually pretty good.