Congratulations, it’s a Viking: The rise of the BABY VIKINGS

About a millennium after the Viking raids, an increasing number of English women are again having babies sired by Vikings – this time by choice via the sperm bank 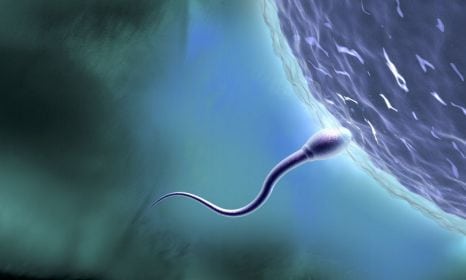 The Danes have always been famous for exporting top quality Beer, Milk Products, Bacon, Lego and now Danish sperm is in great demand too.

Danish sperm export figures were never been so high. And while it is very popular worldwide, in Britain it has almost become a fashion, a country that already has its fair share of Scandinavian genetics thanks to the Viking raids over a millennium ago.

Viking genes are most popular
Danish sperm has a good reputation for being one of the best in quality due to its clean image against genetic diseases and defects common in other lineage. Its popularity also stems from people favoring the Nordic features such as being tall, blond and light-eyed.

In Britain, an estimated 3,000 to 5,000 Viking babies have already been conceived using sperm donations from the Danish sperm bank Cyros.

Every year, hundreds of women travel to Denmark for treatment or, more commonly, buy Danish sperm over the internet to be used in British clinics or at home via self-insemination.

Some are women whose partners have fertility issues, but the majority are lesbians or — and this is the fastest-growing type of client — single women in their 30s and 40s who do not see why a lack of partner should be a barrier to motherhood.

A Viking baby doesn’t come cheap. Danish sperm bought over the internet and delivered to an address in Britain costs £460.

If a woman travels to Denmark for clinical insemination or further fertility help, the price soars to several thousand pounds. Factor in the cost of travel and accommodation — and that several trips may be needed (six or more is not uncommon) — and it can be extremely expensive. One woman has spent £75,000 ‘and stopped counting after that’. Yet the Cryos clinic (motto: ‘Congratulations, it’s a Viking’) has been running for 25 years and boasts 30,000 babies born worldwide. It is only in the past few years that there has been a ‘Viking invasion’ of Britain, due to changes in the law that banned anonymous sperm donation in Britain, leading to a rapid decline in donors.

The Viking invasion certainly shows no sign of slowing. Cryos, like other sperm banks in Denmark, has specialist staff who deal with British clients, and there are clinics in Denmark affiliated to British ones.

One less quoted statistic, however, is that 75 per cent of fertility treatments fail.

That is why so many people who want to have babies go on and on and on trying. Once they have opened up the floodgates of wanting a baby, it’s not something you just shut down again.