One of the horrors of air-travelers came alive 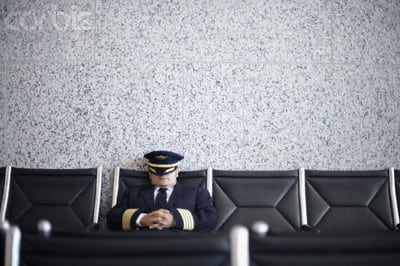 when both the Air India pilots fell asleep. An Air India Jaipur-Mumbai flight flew well past its destination with both its pilots fatigued and fast asleep in the cockpit. When the pilots were finally woken up by anxious Mumbai air traffic controllers, the plane was about halfway to Goa. This dream come true sleep in the sky occurred on the domestic leg of a Dubai-Jaipur-Mumbai flight with about 100 passengers on board.

“The plane took off from Dubai at 1.35 am local time and then from Jaipur at 7 am. “After operating an overnight flight, fatigue levels peak, and so the pilots dozed off after taking off from Jaipur,” one of the horrified passengers told media men at the Mumbai airport after safe landing.

The aircraft was supposed to take a designated route to Mumbai — and since it was on autopilot, it headed in that direction when pilots fell asleep.

“It was only after the aircraft reached Mumbai airspace that air traffic controllers realized it was not responding to any instructions and was carrying on its own course,” said the passengers.

Viking Nomads was told by an air traffic controller, “The aircraft should have begun its descent about 100 miles from Mumbai, but here it was still at cruising altitude. We checked for hijack and when there was no response we made a SELCAL (selective calling).”

Every aircraft has its own exclusive code. When the ATC uses this high-frequency communication system — which it does very rarely and only when other communication draws a blank — a buzzer sounds in the cockpit.

Jolted by the sound of the SELCAL buzzer, the pilots woke up and brought the plane back to Mumbai safely.

On the other hand General manager of Mumbai aerodrome, M G Junghare denied that the pilots were asleep behind the control column.

“The aircraft had a radio communications failure and so could not be contacted. It had gone only 10 or 15 miles off Mumbai and after we ascertained that it was not hijacked we made the SELCAL,” he said.